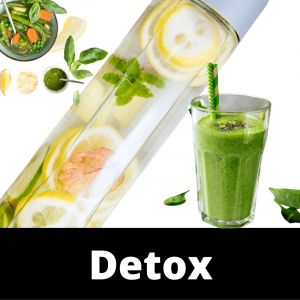 Detoxing is one of the most controversial subjects in the world of medicine and health. You will find every spectrum of opinion on the idea of detoxification.

The common opinion from Licensed MD’s is that unless you’re talking about detoxification from recreational drugs, to claim that anything detoxes, or to even infer that “detoxing” may be needed in any capacity, is medical fraud perpetuated upon the poor, unsuspecting public to prey upon their fear for dollars.

Their argument is that there is no need to detox when everything is functioning fine. They ask, “What are you detoxing from? To detox, you have to have a literal toxic substance within the body.”

Yet, we know free-market principles—and that no one can sell anything unless there is a real, legitimate need. Why do people even resonate with the idea of “detoxing”.

When answers provided are insufficient, people will start to research for themselves.

Many people can ascertain that something is wrong within themselves and that their body is not functioning as it used to. It is common sense that if your body is not functioning at an optimum level, then yes, things are going to “back up”. What things, the Western Doctors want to know. Well, perhaps what might be difficult to define in Western Allopathic Medicine, and perhaps remains an obscurity within the Western Alternative Medicine is much more easily defined in Chinese Medicine.

Within the Western Alternative Medicine vein of thought, most people believe if they just detox their bodies, they will get better with many of the health ailments they may be experiencing.

The belief of being toxic has either been perpetuated by those who sell specific detox kits or by other means. These other means could be family members, friends, acquaintances…giving health advice.

Along with this belief comes the thought of possibly having internal parasites or worms. Internal worms do exist especially when consuming dirty water where they may live. Certain foods may also cause parasites/worms, especially in the mis-preparation process. Diarrhea is common when contracting worms and can cause severe dehydration.

There are natural ways of detoxing with certain foods or juicing especially including greens.

There are studies completely promoting the idea of detoxing, whiles others believe it may be too drastic and harsh on the body.

Traditional Chinese Medicine does resonate with the idea within the Traditional Western Medicine point of view. Your body should automatically be “detoxing” on a continual basis. Your Liver and Kidneys are amazing filters and if everything is working as nature intended, the human body should be able to rid itself of any unwanted substance. Unless of course, it gets overloaded beyond its capacity to function properly from external environmental factors.

From a TCM point of view, many Western methods of “detoxing”, including methods accepted in the Western Alternative Medicine world, are often considered to be too harsh. When detoxing is too harsh, it can unnecessarily deplete a person, creating a new problem unto its own.

What if the body is not working as nature intended?

Also, it does seem that the human body has a specific capacity to filter, but those thresholds can be exceeded.

When the human body becomes deficient in ANY WAY and to ANY DEGREE, byproducts will result and accumulate within the system. Within Chinese Medicine, we recognize these byproducts to be “stagnations” of various types. From Chi (Life Force) stagnations, accumulating in various organs or cavities, to fluid stagnations that can create various types of internal residues and phlegms, to blood stagnations which can manifest as poor circulation all the way to various types of clots.

Not only that, but within Chinese Medicine, aside from substances, we also recognize that we can have problems with temperatures within the body, whether it be cold or hot. To further complicate things, these temperature problems can then affect specific organs and substances-both key and important substances within the body, as well as the pathogenic substances mentioned above. Then, there is the ever-elusive concept of Wind, of which there are various types and can affect the body in many different ways.

So, if you start talking about “detoxing” to a Chinese Medicine practitioner, they won’t squawk at you, stating that detoxing is a myth! Though, they are likely to probe for more specificity, desiring to identify just what type of “detoxing” and where is necessary!

Delivered Straight to Your Inbox for FREE!

Solutions for Stress, Insomnia, Joint Pain, Headaches and so much more!