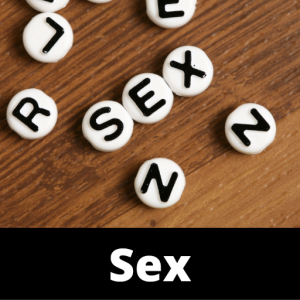 Whether male or female, healthy sex is an important part of life and health. Sexual function decline is often seen as a “normal” aspect of life, but in Chinese Medicine, we view things differently. Sexual function can be improved, maintained, and preserved.

Some scientific studies have shown women in their 20s to 30s to already have a decline in sexual functions as related to desire, orgasms, and frequency of intercourse. There have also been studies showing sexual decline during pregnancy, especially during the third trimester.

This is separate from age-related functionality as with dryness and hormonal imbalances, but not desire.

Some men over the age of 50 have shown a Sexual Function Decline mainly with the prevalence of erectile dysfunction. Some causes were attributed to being overweight, game playing or tv watching, lowered exercise regiment, diet…

Medical health levels were also factored viewed with fewer chronic health issues helping with increased desire, ability, orgasms, endurance…  In other words, the more in shape you are in [leaner body mass], the better your sexual function overall increases.

Mental health issues are also included in the Sexual Function Decline both prior to age 50 and post. This can include depression, anxiety, abuse, and unresolved grief.

The Kidney Yang, known as the Life Gate in Chinese Medicine, we often depict here at Heaven & Earth as the pilot light of your body. It is responsible for all the fires within the body. Perhaps another good analogy would be the spark that lights a forest fire. Without the Kidney Yang burning hot, every aspect of the metabolism will diminish, including the digestion, but more on topic here, the libido and the ability to become aroused. In so many words, a persons’ fire cannot get lit. Not only that, but fluids will not circulate either, into the proper zones, thereby diminishing arousal, performance, feeling, and from there, the ability to have an orgasm.

Another important aspect of the Kidneys is the Yin. This is the opposite of the Yang, being the cooling ability of the body. Think of it as your internal “air conditioner”, as well as the fluids that hydrate and moisten the tissues. Depleted Yin tends to affect women more than men. A woman may experience problems with their immune, making infections commonplace. We often talk of your immune in terms of the “exterior walls” of your body (Wei Chi), protecting you from outside influences.

Yet, here at Heaven & Earth, we often think of the Yin as just an important aspect of your immune system because its’ influence on the whole internal ecosystem of your body is extreme. Systemic inflammation is often the result of depleted Yin. In Chinese Medicine, we call this Yin Fire or Kidney Yin Deficiency with Deficiency Fire. Think of this problem as a car overheating because it doesn’t have enough coolant. When the body overheats, even on a minor level, which is often how Yin Deficiency presents itself, the body becomes a “Petrie dish”. With too much heat, a person can become the perfect environment for microbes to grow, and from there, an optimum environment for infections to take place. Another aspect of Yin Deficiency, especially in terms of the decline of sexual function for women, is vaginal dryness which can make the act of sex quite uncomfortable and unpleasant, even painful.

The Kidney Jing, directly translated as “Essence”, perhaps one of the most obscure ideas within Chinese Medicine right next to the Yin (Fluids) may be the most important aspect connected to sexual function decline. Here at Heaven and Earth, we often equate the Jing/Essence to the actual seminal fluids of any man, and the eggs of a woman, but it could be truly more than that. It may be linked to your literal DNA, which of course, is within every single cell of a human being. It’s a vital substance, responsible for the life-cycle growth and aging changes of any individual, including your growth as a child and how well (or not) you age. If the Jing/Essence is weak or becomes depleted, you can expect a decline in sexual function. Fertility as well will most certainly suffer.

Delivered Straight to Your Inbox for FREE!

Solutions for Stress, Insomnia, Joint Pain, Headaches and so much more!